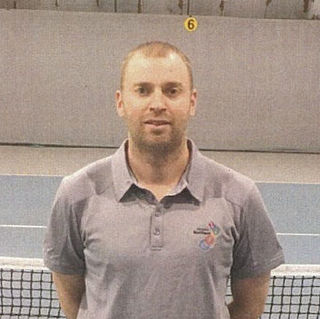 Jon started playing tennis at the early age of 3.  He was lucky enough to live next door to a tennis court and have neighbours willing to teach him the basics and hit with him from a young age.

At four he joined the local tennis club.  From ten to seventeen Jon played junior regional and national tournaments in New Zealand and Australia. He was part of the Auckland squads and teams during this period. In his twenties he played First Grade and Caro Bowl Reserve. Jon has a current ITF Seniors ranking of 429 in the world (35-40 years old category).

Jon has recently qualified as a Junior Development coach in New Zealand. He has coached at a number of clubs around Auckland.